The acclaimed “Sex and the City” designer Pat Field unveiled some new looks this weekend at a hot-ticker “Swimsational Disco Soiree”. This was a big week for Field as the latest installment in the “Sex and the City” franchise, “Sex and the City 2” hit theaters. Field’s costumes for the flick received mixed reactions, with some critics calling the outfits “over-the-top” and “tacky”.

The “Swimsational Disco Soiree” show featured several real-looking mannequins clad in sultry swimwear, hot accessories and amazing jewelry.  The event was co-sponsored by the World Gold Council, which offered the much sought-after Ippolita gold jewelry.  Meanwhile, House of Field swimwear, eyewear and beach towels launched.  The House of Field designer David Dalrymple commented, “We had this opportunity to develop a swimwear collection, and it just seemed fitting with the movie because we had been doing a lot of swim looks in the film last fall, and it just seemed to be organic.”

Rio Grande City, Texas, saw a little action this week as an attempted jewelry heist went disastrously wrong. The whole event is like something from a Hollywood movie.

A man showed up at the S & A jewelry store in Rio Grande city carrying a 9-millimeter handgun and wearing gloves and a bandana over his face. Then, according to Sheriff Rene Fuentes, the man started grabbing  jewelry and attempted to kidnap and hold hostage a 64 year-old woman. The man had collected scads of diamonds, watches, rings and gold bracelet before police gunned him down.

It apparently isn’t all that uncommon for jewelry thefts and heists to take place in this part of Texas.  Currently authorities are trying to figure out who shot first–the police or the robber.  The AP reported that the 64 year-old woman did not know the man, and some suspect the man could have even been from another state.  All that just for some bling!

Christie’s Geneva held it’s spring opening last week and jewelry and watches came out on top. According to a press release, the New York-based auction house sold an impressive $56.75 million worth in auction. This was especially impressive as it was a 65 percent increase over last year’s sales.

Francois Curiel, president of Christie’s Switzerland, said this in a press release: “Following on the recent success of New York, with record prices for Modern and Contemporary Art, Christie’s week of sales in Geneva achieved $56.75 million…the vigor seen in the U.S. and Asia were equaled here in Europe, with strong prices achieved for fine jewelry, watches and wine. Demand for stellar examples rivaled that seen at the height of the market, which very much seems to have returned ‘en force’.”

Top sellers included a 40.21-carat, rectangular-cut D flawless diamond that sold for $5.13 million. A circular-cut diamond riviére necklace with a total of 155.17 carats also sold for $4.73 million. Surprisingly, a watch in the Christie’s “Important Watches–a Connoisseur’s Vision Part II” sale, sold for an incredible $5.71 million. This was far beyond the original estimates of a mere $1.4 to $2.3 million. The watch was a gold patek Philippe perpetual calendar chronograph wristwatch manufactured in 1943.

The head of the jewelry department at Christie’s Geneva, Jean-Marc Lunel, noted that diamonds dominated the auction, but that signed period jewels certainly proved to be very popular.

Christie’s hosted a very special jewelry sale this week called Jewels: The New York Sale.  The very exclusive sale sold over $40 million in jewelry and definitely helped boost some much-needed confidence. Some of the most opulent pieces featured were the Catherine the Great Emerald brooch and the Emperor Maximillian diamond. 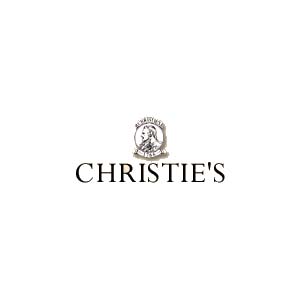 Of course the top sale of the lot was the perfectly heart-shaped, 28.28 carat diamond, which sold for $3.7 million.  That’s $133,000 per carat!  Meanwhile the Emperor Maximillian diamond sold for $1.7 million to a US buyer, whereas the Catherine the Great emerald brooch sold for a cool $1.6 million to a Middle Eastern buyer.

“Historic diamonds and royalty stole the headlines at Christie’s today, with the Emperor Maximillian diamond achieving $1.76 million–more than twice its original auction price since its first appearance at Christie’s in 1982.”  Rahul Kadakia, head of jewelry at Christie’s New York said after the auction.  “Twelve jewels sold for more than $1 million and D flawless diamonds continued to bring prices over the $100,000 per carat mark.  In all, the sale demonstrated once again the great health of the global market for top-quality jewelry and precious stones.”

The Smithsonian Institution had an important announcement this week–announcing that it was about to license its legendary gem and jewelry collection.  The anticipated jewelry line will launch this fall, with an array of baubles, bracelets and brooches to be sold through the QVC network.  The Smithsonian’s legendary collection includes, of course, the Hope Diamond, as well as antique Marie Antoinette earrings and 375,000 other special jewelry items that will be inspiring many of the items in the anticipated jewelry collection.

Even though the items will be inspired the Smithsonian’s Hope Diamond, the actual collection won’t be featuring any actual diamonds.  Maybe some of you out there are looking for classic diamond jewelry items that have their inspiration in timeless hand-crafted expressions of beauty.  Then Roberto Coin might give you that appeal you’d find in the Smithsonian collection.  Heavily inspired by romantic notions of beauty found in classic jewelry items, Roberto Coin jewelry items also feature a single hidden ruby, partially based on their symbolic significance in many cultures.

This Smithsonian-licensed jewelry line follows in the footsteps of several other Smithsonian licensing deals, including furniture, lighting, book and hobby kits modeled after some of the institution’s special collections. This collection released through QVC will feature primarily costume jewelry and semi-precious stones.   Many of the earrings, rings, bracelets, pins and baubles will be based on actual pieces in the museum’s collection, but some will be simply inspired by such famous items as the Hope Diamond.    Those looking for jewelry items with real diamond, might want to check out Tacori’s 18k925 jewelry collection or Roberto Coin’s Appassionata Collection though–because the Smithsonian collection will not be featuring actual diamonds.

Roberto Coin is a celebrated Italian jeweler, who has been revered for decades.  And in this year’s jewelry convention, Basel World 2010, Coin unveiled the latest in his unstoppable Capri collection, an eclectic mixture of silver, gold-plating and wood jewelry in an effort to provide shoppers with more affordable items.  The new designs include slimmer versions of last year’s well-received Capri collection. 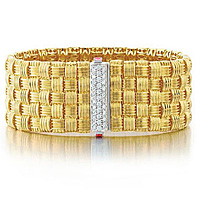 Coin also provides additional offerings with colored gemstones, with excellent cocktail rings, new additions to his Ipanema collection, and a multitiude of exciting colored stone options.  His new Pallina collection offers several 18k gold beads, which are electroformed to keep the jewelry affordable, while also giving an extravagant look.  Coin also featured Love Plus, which blended sweet and simple styles with the words “I love you” stamped in eight different languages, including English, Italian and French.

And in spite of the economic turndown, Coin unveiled over 1,000 items in his new collection.  Or perhaps you’d like to check out some of the classic Roberto Coin jewelry items from past collections?  Whether it’s gold woven earrings or diamond pendants, Coin’s collections can offer you chic styles that are eclectic and versatile.

This Spring get ready to impress everyone at all those dinner dates, terrace parties and days outside enjoying the Spring weather by adding some unique, colorful earrings to your jewelry collection. Not just any earrings, but these gemstone-accented, diamond, bright pastel jewelry items from the celebrated Tacori jewelry collection.

Jumping onto the current trend for reality stars to release clothing and jewelry collections–with the aim to further their million-dollar brand–the Kardashian sisters are ready to release their own special jewelry collection. The collection will be released through couture jeweler Virgin, Saints and Angels and is set to be distributed first by Dallas-based Ylang 23 jewelry.

This will be the first jewelry collection released by the reality starlette sisters–Kourtney, Kim and Khloe–and will feature fifteen to twenty pieces made of bronze, sterling silver, and crystal. Prices start at $60. Interestingly, there are some style nods to the Kardashian’s Armenian heritage, with some of the jewelry pieces featuring Armenian crosses and Magdalena necklaces.

Ylang 23 jewelry is based in Dallas and caters to high-end jewelry customers with a taste for designer like Temple St. Clair and the unique and chic jewelry by Roberto Coin. Other stores in Hollywood and Santa Barbara will feature the Kardashian items. According to Khloe Kardashian’s website, each store will be able to custom-design each item, so the design will be slightly different each time.

It may not seem like it now, but Spring is right around the corner.  Don’t go out this Spring without one of these opulent and colorful Tacori rings, from the Tacori 18k925 collection. They are fun, dynamic jewelry piece, which will give you just the right look for a time where grass is getting greener and flowers are starting to bloom.

The designer explains on his blog the appeal of working with a person who had such a distinctive style impact on 1980’s fashion sense.   “I’m thrilled to have her represent the line because she deserves credit (and hasn’t received it) for much of the 80’s fashion that is mimicked today. When I think “Opulence”, I think “Joan Collins and Dynasty”. Having used younger models in the past I liked that she was older and more mature. She’s the perfect person to represent the brand, company and me.”

Other designers that savvy jewelry collectors might want to include for that “opulent feel” are Tacori and Scott Kay.  These designers provide classic glamour that is sure to give you that Alexis Carrington-style glamour that Joan Collins popularized.